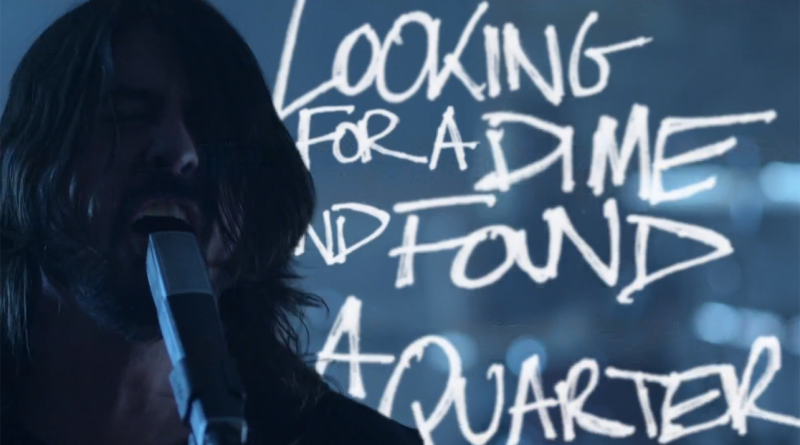 This is the start of an eight part series that I (Chris Wilkey) will be writing over the summer.

I’ll be the first to admit that my taste in music has always been a little strange. I have been all over the musical spectrum and have enjoyed everything from country to classic rock and everything in between. I guess that is what happens when you spend 10 years of your life as a DJ or on-air personality (yep. I was on the radio for a whole year). Although I have been all over the place with my love of music, I watched a series last year that officially changed the way I look at all music.

That series was Sonic Highways.

This was an album recorded by the Foo Fighters and was also followed by a full documentary of the recording of the album. I watched it due to a recommendation from my boss at the time and was blown away.

If you have watched it, you understand. If you haven’t, I suggest you take some time to do so…even if you aren’t a Foo Fighter’s fan.

In short, the album was recorded in 8 different cities and in 8 different recording studios. Each song on the album has lyrics that bring the history of that city to life. To make it even more awesome, they also bring in musicians from each city to play with them on the songs to bring the sound of the city into each track.

Being someone who loves a great story, this album gave me 8 hours of music history and songs I can now listen to over and over again and relive the history of each city (yeah I know. Kinda cheesy.).

Since this has made such a huge impact in my musical tastes, I wanted to share how each of the songs relates to Amazon and the lessons you can learn from each track.

Two warnings before we get started:

Now that we have that out of the way….To the first song:

Song: Something From Nothing

If you want the whole story behind the song, please check out the Sonic Highway documentary (I don’t want to waste you time repeating what you can watch).

There are two main lessons we can take away from this song.

Lesson 1: Fuck it all. I came from nothing!

As I look back at the time when I started selling on Amazon, I literally had nothing. I had no training. I had no experience. I had no guidance. I had my personal knowledge, a willingness to screw things up, and a smartphone.

Too many times people expect to be handed something and just have it work.

It starts with a spark.

Unless you are willing to go out and put yourself on the line, you are never going be able to build a business. You need to get off your ass and start hustling.

And it burns into the dark.

You will also find that once you start moving in the right direction, doors start to open. The spark (or hustle) turns into a raging fire of opportunity. You will start seeing opportunity at every corner and understand that there is always more than one way to make money.

If someone says you can’t actually sell anything on Amazon and make money. I say:

If someone says there isn’t money to be made online. I say:

If someone says don’t have the funds to get started selling online. I say:

The only person that is stopping you is you. Let that sink in.

Lesson 2: Looking for a dime and found a quarter

Have you ever walked into a store with your sourcing blinders on? You know what I’m talking about. Where you look in an aisle and start automatically eliminating products because you know what is or isn’t going to make you money.

I do it all the time.

I can walk down the same exact aisle as my dad and we can pick up completely different items.

We are both looking for dimes when there are quarters, half dollars, and even dollars on the shelves.

If you do what everyone else does, you will just be average.

The next time you walk into a store, I want you to do the following:

Do these 5 things every time you go sourcing and watch your opportunities for profit soar. All of a sudden, you will have the ability to see quarters instead of dimes. 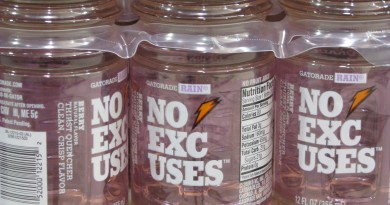 What are these replenishables you speak of? 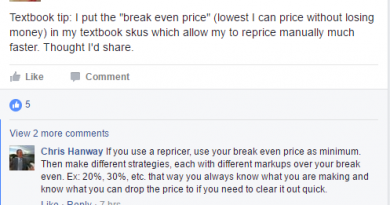 Should I Include Break-Even Pricing Info In My SKUs?

One thought on “Something From Nothing”