A Freedom Story, or, Why I Sell on Amazon

When I first started selling on Amazon, it was basically to make a few extra dollars each month.  Like so many before me, I had been a frequent dabbler in eBay throughout the years, of varying degrees.  I made a small fortune flipping Simpson’s toys in my pre-Chris Green arbitrage days of the late 90s, and played the thrift store/garage sale game as recently as 2 years ago.

Amazon in and of itself always intimidated me.  The river was so big, and I was so small next to it. 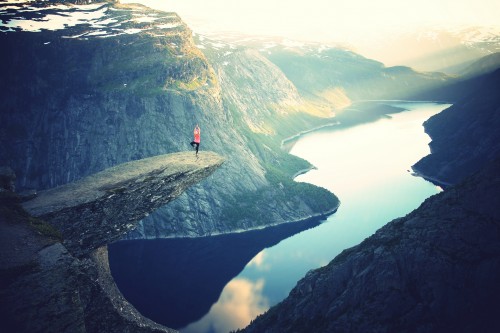 I was under the misguided belief it would be more work to sell up river than I was willing to commit, and instead kept my steady rotation of 3,000 eBay listings up, selling at about 10% turnover per month.  To me, and please do not make fun of me because I am sensitive, it made more sense to ship out 300 items per month than to try something new.

Gotta love when fear gets in the way of progress.

Through some crazy financial planning/dreaming, I began to read Mr Money Mustache who somehow directed me to J. Money who somehow led to Ryan Grant.

At this point my wife and I had a newborn, I had just closed a business (not by choice mind you, just a rough situation all around) and found myself swimming in around a million dollars of debt, had an undersized apartment for our needs, had to go back to a job for someone else for the first time in years, and had some bills bills bills and bills!

Oh, and student loans hadn’t yet hit, because my wife still had a year to go before graduation.

That’s where things changed for the better.

That’s when I decided to give Amazon a shot.

It was a slow trickle at first, I had devoured informational books by Peter Valley and was 1000% gung ho about becoming the next best AZ bookseller.  I amassed about 650 books in a few days, sent in, and sales started coming.  By this point I had read every blog I could online, had joined 612.65 ten thousand-ish facebook groups related to online selling, and was talking and listening to anyone and everyone about selling on Amazon.

So I began to source product at Wal-Mart, a tradition that continues to this day.  I began to scan and source everywhere I went, and as more items were purchased for resale, more items sold for profit.

And as they sold, I believed more and more in the process.

And the simple process became a game of rinse and repeat.

Now I cover over half my working salary on less than a quarter of the time.  And I feel I am just getting started, as in the last month I have opened up three wholesale accounts.

Now I am far past the point of buying only 3 or 4 of an item to test and see if FBA really works, now I will comfortably go into that very same Wal-Mart, max out my credit card (it’s only a $1500 limit on my Amazon Prime card that pays me cash back to the tune of 1.5% cash back), and go home and giddily enter the info into my Inventory Lab to see how much profit potential there is.

Now I realize that this FBA thing is a game-changer.

Now I can smell and taste and feel the potential of how close this is to helping me realize my goal of working for myself again.

Now I believe it will be sooner than later that I will get to wake up with my children daily, rather than Sunday’s only (yeah, I am one of the lucky ones who gets to work 6 days a week!).

Now I am certain that I am building the foundation of my new life, which I am directing, and it’s clear and upfront.

OA and RA is amazing, and will generate me enough income to quit my job.  From there I am beginning to dabble in PL, because I feel through the years I have gained a good knowledge into the platform that is Amazon, which will help me be successful with my own product line.  Which can then be turned into a full fledged e-commerce store, which would be awesome to simply diversify and not be entirely long-term dependent on the playground rules.

These wheels in place will free up more of my time, to focus on learning other avenues of income generation.

So I can build my empire, yo.

But you know my secret?

It all starts with FBA.  Because I’ve never seen or been privy to a faster or easier way of building income that can scale immediately to whatever you desire.  By simply learning a process, and taking action.  The resources are everywhere to learn how to do this, find them (hey, you are on one of those resources now) and start.

And change your life.

I’m not one of those hokey snake oil salesman, I’m not actually asking you for anything.  I am eternally optimistic about this potential, because, well, it’s not potential.  It’s reality.  And the truth is I’ve failed and messed up and been down and out and broke and rich and hopeless and here I am.  On a path to success, one that is sitting here for anyone who wants to work at it.  And the process and the information are free for all.

So what was my point?

Freedom.  I started FBA to make a few extra dollars to help get out of a hole. 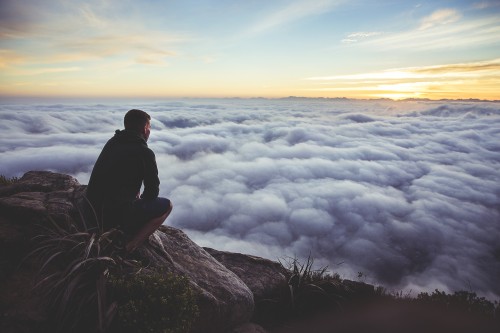 FBA is providing me with a launching pad to attain the freedom I so deserve, and so crave.

I am going to continue building my FBA business because I want to stay home and help raise my children for all 168 hours a week.

What about you? Why did you start selling on Amazon? Why do you continue selling (you can say “show me the money” or some other Cuba Gooding Junior quote, but I’d prefer something more than just financial!)?