The Rise and Fall and Rise Of Retail Arbitrage (RA) 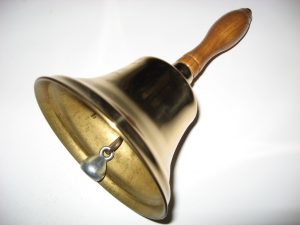 It’s the ringing of a bell.

It’s a sound that is a savior for some.

I’m not talking about students waiting patiently in a classroom for the bell to ring.

I’m not talking about someone waiting by the telephone.

I’m talking about the undead.

Back in a time (not that long ago), medical professionals weren’t as skilled as they are today (I mean – they used leeches and letting to “cure” people). There wasn’t fancy equipment to tell a doctor if someone was in a coma or if they were dead.

So mistakes were made.

It wasn’t uncommon for some people to be buried alive.

They would wake up buried and would try to get out.

Some pretty smart people decided they would help prevent this by tying a string to the wrist of the deceased and tying it to a bell above ground. If the person wasn’t dead, the bell would start ringing and people could rush to save the person (note: It wasn’t uncommon for people to have picnics and social gatherings in cemeteries, so people were commonly around to hear. This is also were the phrase “graveyard shift” was created as people would take shift walking at night to listen for the bells).

Saved by the bell.

I tell you this story because we are at a point where most people have considered retail arbitrage to be dead.

I can’t tell you the number of times I have seen that posted in Facebook groups, on blogs, or even presented at a conference.

RA IS DEAD! LONG LIVE OA (PL, WHOLESALE, MERCH, INSERT ANYTHING HERE THAT IS WHAT YOU LIKE).

Since it was dead, many people have buried it. They moved on to other things and held a small funeral for RA. 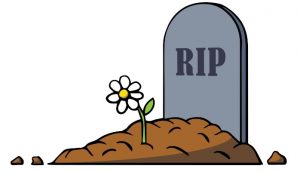 But if you listen closely, you will hear the soft ringing of a bell.

No one wants to believe it, but RA isn’t dead. It was buried alive in fear and by new and improved methods.

But there is still money to be made in retail arbitrage.

It’s actually not so crazy to understand. Let’s use an example to explain.

It is reasonable to assume that history repeats itself.

That being said, let’s take a look at a little history to learn a lesson.

Do you remember reading something about the Silk Road in high school? It’s the trading path that connected Europe to Asia and facilitated the trade of silk, spices, and other goods. 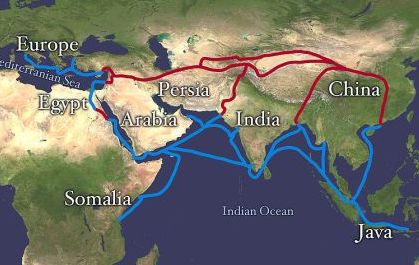 At that point in history, China and India were economic powerhouses. They were the best of the best.

And then they collapsed.

Other trade routes were established. Goods were easier to access. Consumer needs shifted.

China and India were pronounced dead and were buried.

But if you look at today’s economic environment, you can see that they were rescued from the grave and are reestablishing their spot as economic powerhouses.

So what does China, India, and death have to do with retail arbitrage?

Actually. Quite a lot.

It’s all about the cyclical nature of economics.

If there is profit to be made, the invisible hand will push the market to the equilibrium.

People see the gold rush and they flock and overwhelm a market. They drive the prices down and the market can no longer be profitable.

Most people run away (or bury) the idea and move to something else that is profitable.

Some establish themselves and hold out until the storm pass.

The real smart ones find a way to give themselves a competitive advantage over their competition.

Regardless, the cycle will continue and repeat itself with OA, PL, Wholesale, and even Amazon selling in general.

That being said, you have to think outside of the box if you are going to stay competitive in a market like this.

If everyone says RA is dead, you might want to start digging to see if it’s really the truth. Is it dead, or is it just buried alive.

I have had arguments with my dad (Jason Wilkey) about this topic time and time again. He has repeatedly told me that retail arbitrage is dead (yet he still goes out sourcing 2-3 times a week) and I have argued that it is not dead, just not like it used to be.

RA has grown up a bit and it requires some different techniques that used before. You can’t make as much as you used to be able to do by walking into a store and hoping great deals are on the shelf.

You have to start doing your homework before you ever leave the house.

For this, I highly recommend Tactical Arbitrage first and foremost. No tool on the market can provide you with as much data as TA.

Data is great, but what you do with that data is what determines your destiny.

Most people assume that Tactical Arbitrage is for online arbitrage only. That’s where I think they are wrong.

I think the real money is in using the data for retail arbitrage.

Think about it. You are using a powerful tool to do the heavy lifting and you can then use that data to go and rock a form of sourcing that has been thought to be dead!

I explained this to my dad (Jason Wilkey) and he decided to run with it.

He took the idea and created another tool to leverage retail arbitrage to a new level.

RA Seek is a powerful Chrome extension that allows you to highlight any UPC that is contained in the web page browser and search to see if the product is available locally (any zip code you choose) in the Big Five (Walmart, Target, Lowes, Staples, Office Depot) through the Brickseek website.

This tool is for people that do RA (retail arbitrage) sourcing. It will allow you to grab UPC codes from any website that it is displayed on, Google drive sheets and especially search results from Tactical Arbitrage (or OAXray or similar programs that show UPC codes).

I’ve personally tried it and it works like a charm.

I’m not saying that you need this tool to start doing RA again, but if you are looking to try a different angle (or maybe you hear the bell for RA), this might be up your alley.

Regardless of the method you use, you need to realize that economics works in a cyclical fashion. Something will be the top dog, die, and will come back time and time again.

PS: I actually used the “saved by the bell” and “China and India” piece in an economic research piece back in high school. My team won 2nd place nationally with our paper and presentation.