3 FBA Mistakes I Might Have Made If I Wasn’t Perfect.

It’s a damn good thing I’m perfect. Otherwise I’d feel obligated to share some mistakes, just so I seem “a part of.”

As it is though, I don’t have that issue of mistaken-ism.

I’ll just make some stuff up though, like my three biggest mistakes if I wasn’t perfect.

In no particular order of course.

We have a person in the group, Noura, who recently had this exact issue pop up, albeit in slightly different details, but same vibe.

Recently I’ve helped a family member learn this process of selling FBA, what to do, how to do it, working on the extra money most of us need to get ahead.  I helped create shipments, make labels, get product shipped to Amazon.  The whole kit and caboodle.

During these conversations, I generally keep a handful of items I know are smaller style replen’s that I am not fully committed to, only making a dollar or two, or some other reason I’m not worried.  That way I can say “go to WalMart and get _____, it will make you a little and you can see how the process works.”

Well, in this particular instance, I gave away a solid item.  It was someone I had a greater vested interest in helping, someone I wanted to ensure success and “stickability” in this business.  It was a strictly RA item, and it was found at many but not all WalMarts.

There is a WalMart around 6 blocks from where I live, and it was generally understood it was “my” WalMart, in-as-much as a non-Walton can even lay claim to a WalMart SuperCenter.

And guess what?  It was not entirely understood, because one morning I awoke to finding out that all of this item had been cleaned up from my spot!

It was an extra frustrating time for me because the item had been marked down 60%, and the numbers compute to roughly a few thousand dollars profit on a seasonal triple digit rank.  I had been waiting for this price drop for 2 months, anticipating it from prior years.

The thing is, I couldn’t really be mad at anyone but myself, because I had heard these stories before, and just assumed like a sharknado or a Taken style kidnapping they would never happen to me.  I was wrong, and learned a valuable lesson.

Only give away what you are willing to lose.

When I first started buying products with the explicit intent to resell on Amazon, I felt there would be a shortage of items to purchase.  I had absolutely nothing to base this on, outside of my own small-minded perspective on perceived scarcity.

So I would scan a product in a store, the rank would be good but not great, and I would buy.  A few reasons would bring me to this decision, perhaps the most important was the theory of sunk cost, described pretty accurately here.

It always concerned me that the end of Amazon reselling was right around aisle seven, just past the blue light special.

Which meant if I found something that “should” sell quick on Amazon, based on my opinion and not on the statistical tools we have at our disposal, I would jump in and buy.

I was afraid I wasn’t good enough at finding product, and too scared to let an opportunity slip by me.  I was far more concerned with the sales I might not make, rather than focusing on what was working with the sales I was making.

Putting these two thoughts into one and acting accordingly has been one the biggest lessons I have learned in this process.

Combining the two has also forced me to make far better decisions, and as a result make more money!

This one is almost strange, following the above mistake #1.

But the benefits of network building are extolled in nearly all walks of life on a fairly consistent basis.

In terms of FBA though, building a network with Chris has resulted in this blog, and this community.  Had he not reached out in a Facebook group based off of Ryan Grants blog, it is well likely we wouldn’t all be here now.  At least not in this current capacity.

Building a network can be done in so many ways, and the benefits are numerous.  But this should never be done with personal gain in mind, which is almost a strange ideal.

Several months ago, I noticed someone in our group constantly participating in discussion, in threads, answering questions, just being active.  For me, that is the end game of all of this, active participation by the community as a whole, in order to grow the community.

So I sent the guy a little BOLO list I had been working on, and simply said “Thanks for always being active.”

I have no idea if he used it, if he didn’t, it truly makes no difference.  Because he and I slowly started talking, and developed a relationship over the course of a few PM’s a week here and there.  He offered me guidance that I didn’t realize I needed, and likewise I did the same.

Fast forward to yesterday, and he did some custom design work on a website I have begun working on.  Obviously this wasn’t some long term plan, I had no idea he was a technical genius; I simply began a relationship, and it turned out to be helpful for me.

Because that is what generally happens with networking.

A relationship occurs that can be mutually beneficial to all.

It can be forced at events and places like that, but it can also happen (and for me personally this is the best method) organically by simply putting yourself out there.

We are all chasing dreams, whatever they are.  I like my odds better if I am not doing it alone. 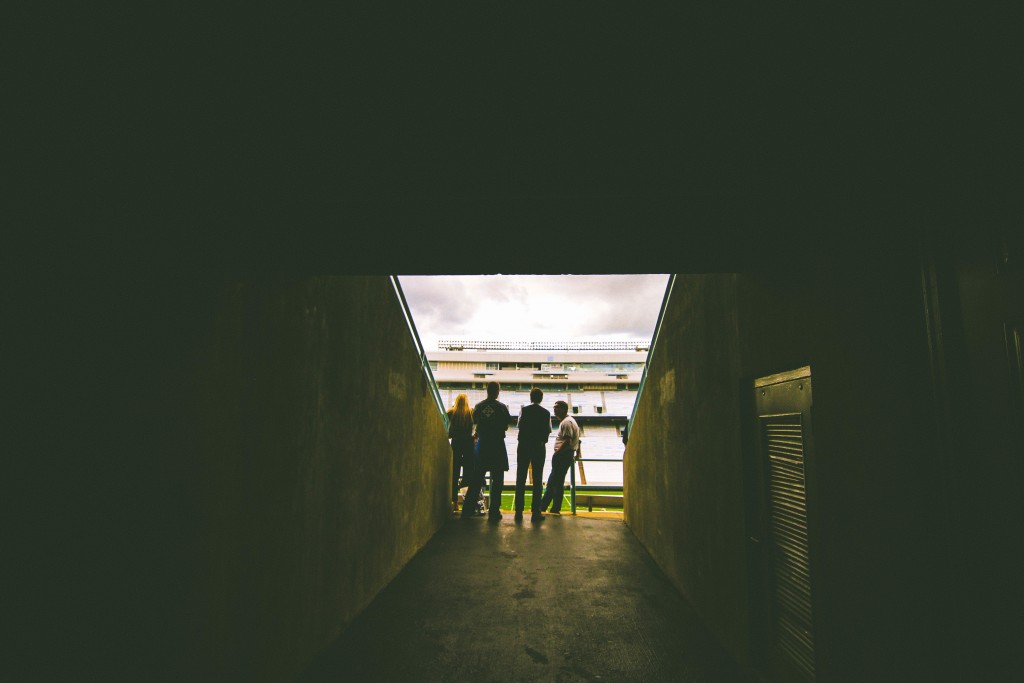 What are some things you learned only after going through them?