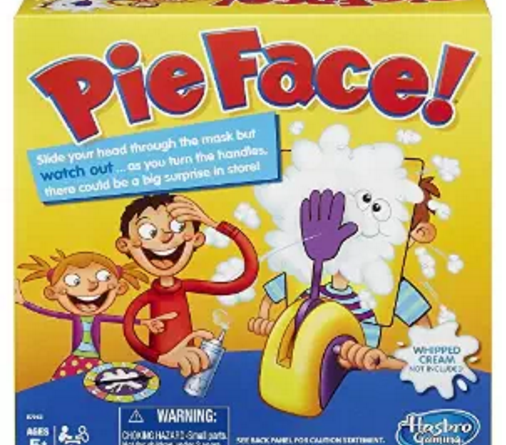 Here’s my attempt to persuade New Sellers WHY they should sell Pie Face.

Editor’s Note: I have a guest posted lined up for tomorrow, but since we have a gap in the schedule, I decided to use this space as my little bully pulpit to make a point.  I really haven’t spent any time planning or editing this.  It’s more like a Facebook post than a blog, so hopefully, you’ll extend a tiny bit of grace for any errors that slip in.

First, let me say that the thrust of this post is directed toward newer sellers, but I am NOT suggesting that experienced sellers shouldn’t be selling this product.

Second, in the event that you live under a rock, Pie Face is an older game that has gained renewed popularity due to some viral YouTube videos.  It has become THE hot game of the season, currently ranked the 4th most popular toy on all of Amazon.  Because the popularity was surprising, there has been a lack of supply and retail stores across the country have been selling out, creating inflated prices on Amazon.  Whenever an opportunity like this arises, resellers flock to it (in this case, nearly 700 sellers!) and the prices move down.

Right now, the item is still insanely popular, but the price has dropped some.  For this reason, there have been many people who are worried or have no desire to sell this product.

At $14.88, the breakeven point is 23.11, assuming you can ship for 50cents/lb, which is fairly reasonable. Let’s be clear, the price for FBA items is WAY above that (currently about 32) and even MF prices are above that.  So, there is still profit to be made, and I’m pretty sure this trend will continue for the rest of the gift-giving season.  However, the profit isn’t $15-$20 like it once was.

Now my goal: Persuade you to sell this product EVEN if you won’t make money!  I know, it sounds crazy, but if I was new, I’d sell this product as long as I could get $23.11+ for it, and I’m sure I could do that.  But, why would I want to sell something that isn’t going to make me much money; moreover, why would I even contemplate selling something that had a break-even expectation?

It has to do with a major disadvantage that new sellers have: The Buy Box.  If you don’t know, the Buy Box is something that rotates among sellers, featuring them as the seller of the product, so that when a purchaser chooses “buy now” it comes from this seller.  Since this is how the vast majority of sales happen, having the buy box is a HUGE advantage.

There are some ways to try to escape from this problem.  Paid options include signing up for programs that solicit feedback from your buyers.  I generally don’t recommend these, but if they’re ever applicable, it’s with newer sellers who have very limited feedback.  Two options are BQool and Feedback Five.

However, a different strategy is to find INCREDIBLY popular items that are selling dozens or even hundreds of units a day, in a category you’re approved to sell in, fulfill using FBA, and priced competitively.  Because you’re fulfilling with FBA and pricing competitively (two other factors in the buy box), you’ll occasionally rotate the buy box.  Still not as often as a similarly priced experienced seller with good feedback and metrics, but occasionally.  However, even taking 1% of the sales of a product that is selling several hundred per day is multiple units a day.

Enter Pie Face.  We have a product in a category that everybody can sell in.  We have a product where you can price competitively and still break even or better.  We have a product that is INCREDIBLY popular and selling multiple hundreds of units every single day.  You might say to yourself, “but there are 681 sellers!”  First, that is very misleading.  Most sellers have very little inventory and we don’t care about total sellers anyway.  We care about sellers who are rotating the buy box.  Glancing at the prices, I’d estimate upward of 50 sellers rotate the buy box.  To be sure, that is a lot of sellers, but when a product is selling several hundred units a day, getting 1-2% of those sales still adds up.

What I mean is this: there are multiple goals you can have with any decision.  Generally, we think of the primary goal of a sale on Amazon is to profit.  And sure, let’s not forget that.  As I said, there’s still quite a way before the break-even point of $23.11.  But, newer sellers need to have secondary goals.  And, an important secondary goal is to improve their performance metrics and feedback, so that they get the buy box more often, leading to more profit in the future.

If you want to pay a service to get you a few extra feedbacks, go for it.  I even get an affiliate commission if you choose Bqool.  But, if you can accomplish the same goal while breaking even or making a couple of bucks per unit, that sure seems preferable to me (P.S. They aren’t mutually exclusive.  You could use a service in conjunction with this strategy).

So, for that reason, I can confidently say that if I was a new seller, I’d absolutely still be interested in the Pie Face game, regardless of 681 other sellers. 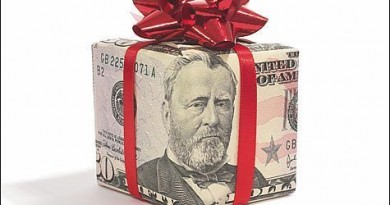 Sometimes Amazon Gives You a Gift 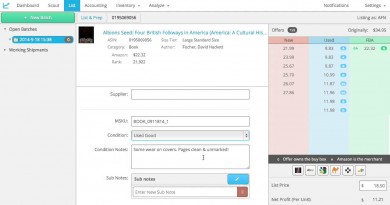 Inventory Labs – How I Love Thee 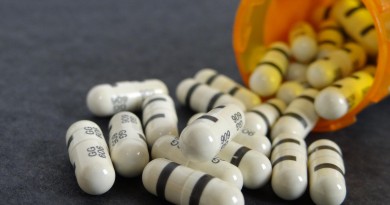