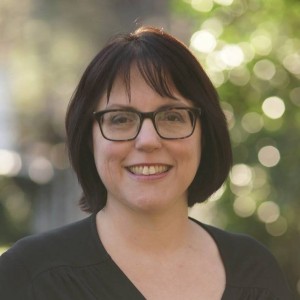 Special podcast with Chris Wilkey and Cordelia Blake (bottom of the page!).  If you’re not familiar with Cordelia, you’re probably missing out.  I spent an hour or so yesterday listening to a conversation between Cordelia and Chris Green and then nearly another hour listening to her talk to Chris Wilkey.  She’s one of those people who accidentally gives away more good information than some gurus give away on purpose.  Do yourself a favor and listen to the podcast on your drive home, while you’re peeling stickers, or with some earphones the next time your child wants to practice his burgeoning drumming craft.

The reason we hosted Cordelia this week is that her List It or Leave It classes and workshops are starting April 13th.   I’ve known about this for several weeks now but I could not bring it to you because I need to make sure that I only bring quality content.  When I heard that this was starting up, I reached out to Cordelia and asked to see a video recording of the previous session so I could ensure the quality was top of the line.  Beyond that, I reached out to several other big sellers, including some who had been through her workshops.  Across the line, I heard good things and my experience with the video was solid.  As such, I’m excited to be able to direct some FBAMasters to her workshop.

Students are encouraged to attend LIVE although all sessions are recorded and available to registered students.

Third, the price:
$199
Anyone who has ever gotten a quote for coaching will instantly realize the value.  There’s going to be 3 instructive classes and 3 workshops where students can ask relevant questions they have and get coaching from the best.  Let’s call this 6 hours at $199 or $33/hr.  Just a hint: my personal coaching rate is in the triple digits per hour, and even then, I refuse almost every offer I get.

You folks know I’m going to go to bat for you, even if I think it’s worth more than $199.  Cordelia graciously offered a coupon code of 10% off for anybody in our group who gets signed up.  Please don’t go sharing this to all of the other groups, but if you found this article, take advantage of the FBAMASTER coupon code to save yourself $20.

Who should take this class?

If you read these and you’re nodding along, go sign up and save your $20 with FBAMASTER code.

Who should NOT take this class?

If you’re reading these and realizing that more than one applies to you, don’t sign up.  Listen to her podcast, be active in the facebook groups, work on some areas and come back in the future when you’re ready to benefit from the class.

If this class is for you, make sure you go get signed up ASAP (classes start Wednesday the 13th!) and save $20 with code FBAMASTER.