When I was growing up, my dad worked to instill certain truisms in my mind.  I literally cannot remember a vacation that passed without my dad taking the opportunity of a long drive to explain the differences between Whole and Term Life Insurance or the difference between Buying and Leasing a car.  I’m sure I was the only 5th grader walking around with an opinion on Value or Growth investing strategies.

One of the things that I remember my dad saying frequently was that “any work below the neck was worth minimum wage.”  While not being strictly true, his point that not only was manual labor the most physically taxing, in many cases it paid far less than the people who seemingly just ordered people to do the manual labor.  Whether the lesson was good or bad is mostly irrelevant, because it led to some unintended consequences. I became enamored with the idea that some people just make money with their brains.  It should, then, come as no surprise that I played professional poker for quite some time, which, next to professional chess, is about as close as you can get.  There are a lot of reasons that I like Poker and I like FBA, but one is that the amount of labor is quite low.  Sure, there might be boxes to pack or palates to stack, but just try explaining how that is ‘work’ to a bricklayer or a jackhammer operator.

But, it isn’t just manual labor that I don’t like.  I don’t particularly enjoy most forms of work.  Peeling price tags off of products is not a joy, for me.  I don’t sing with delight when I’m boxing up shoes.  And, I certainly don’t enjoy waiting in line at the customer service desk at WalMart because they damaged another shipment of mine.

There are several ways to combat problems like this (ie. needing to do work you don’t want to do):

Having done this for a while, I know that it doesn’t really matter what I say in that previous paragraph.  There will be some for whom the light goes on and will run with it, and there will be the majority who might agree that the concept is good, but there will be various reasons why it doesn’t apply to their current situation.  If that’s the case, are there other ways to take the sting out of work?  I think so.

2. Make work feel less like work.  I think this is one of my strengths.  Some people will tell you that I work 70hrs a week.  Other people will tell you that I just sit around and talk about politics on Facebook all day.  It’s hard to say that either is wrong.  It helps that I sleep less than the average person, but I can work a lot of hours because I make it not seem like work.  Peeling stickers is hardly different than twiddling your thumbs if it is done while you’re listening to a podcast, watching a movie, television show, etc. Online Sourcing?  Let’s turn it into a game.  How much money can I make in 45 minutes — start the stop watch!  Packing up shoes?  Not without some music blaring in the background.  Standing in line at Customer Service desks?  Not without my smartphone turned to facebook imploring someone to please do a Snopes Fact Check before tagging me in their status.
At the end of the day, it feels like all I’ve done is watch a movie, do a little bit of sourcing, and posted a bunch of stuff on FB, yet I’ve checked 15 items off of my to-do list. 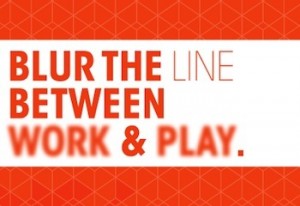 There’s dozens of ways that this can be done.  Have a teenager?  Tell them you’re the best there is, was, or ever will be at sourcing.  Tell them if they dare disagree, you’re up for a friendly challenge. 1 hour in WalMart.  If you source more profit, he’s cooking dinner tonight and doing the dishes.  If by some miracle he beats you, you’re buying him that video game he wanted.  The point is, if you figure out a way to blend your work and your play, you’ll find that you can feel like you’ve ‘played’ for hours while mysteriously all of the work was completed.

3.  For whatever reason, if you create lists that have under 10 items, you’re supposed to have an odd number.  It’s more pleasing for the brain or something.  Plus, I kind of feel like people start tuning out toward the bottom of articles, so I figure that if I make this look like an actual paragraph, there’s a decent chunk of people who might not even realize that I only wanted to talk about two points: outsourcing and making your work feel less laborious.  I honestly believe that if a person truly committed to finding areas in their work life (or life in general) and vigorously applied these principles, they could make larger strides than they thought possible.