I mentioned on Facebook earlier in the week that I had been Merchant Fulfilling quite a few products lately.  Some of those were WalMart Replen items that I found using the Storefront Stalker extension.  However, most of them came from a product that John Cyscon III found and pointed me toward.  John and I have shared products back and forth for awhile.  Sometimes he’ll want a second opinion about a product and send me a message.  But, if he says to buy something, I’ll buy it sight-unseen because I know it is good.  I’ve spent many pages worth of blogs trying to convince you of the value of networking and if I haven’t been persuasive so far, then it’s unlikely that I’ll start now.  So, I won’t devote much space to that.  Instead, I want to look at the deal that he found and tell you how I tried to improve upon it.

M&M ran a national promotion where they introduced 3 new flavors and let the consumer decide on which one they liked best.  The winning selection would ultimately be rolled out as the new flavor.  John correctly figured out that when you have a temporary/promotional item like this, people will ultimately pay inflated prices.  He found a listing that was selling 3pack bundles for $23-29.

This product was ranked anywhere from 3000-8000 in grocery on any given day.  Better yet, there were only about 5 sellers anywhere near the buy box, so turning over inventory would be fast.  But, I discovered that there were actually two nearly-identical listings.  The secondary listing was selling for about $1 cheaper, on average, but also had a rank of 3-8k.  When you’re selling items at $10+ profit (we’ll get to that in a moment), especially when those prices are way above retail, it’s often better to sacrifice $1 in order to take the $9 as quickly as possible.  So, I listed on the second listing as well: 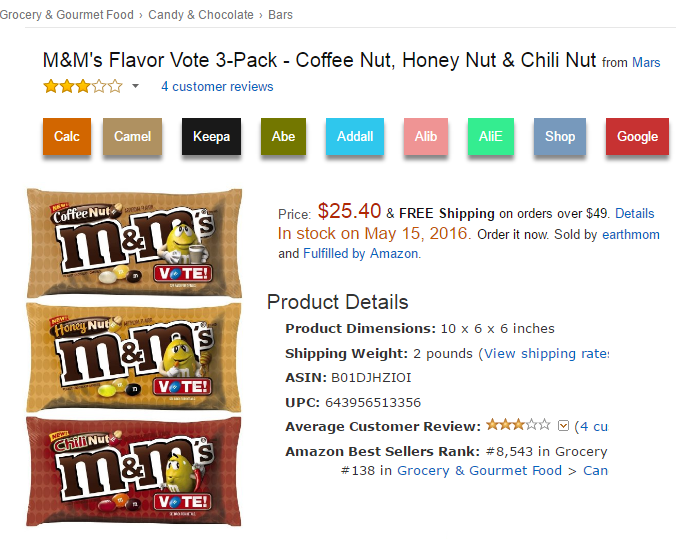 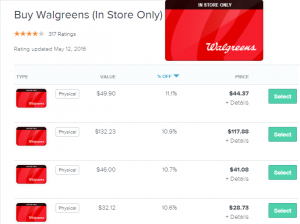 Now, remember, the 12.5% discount was actually on the $2.50 price (because this was the amount I was paying in the register, and then getting the cash back after the fact), so that’s 31 cents per bag that I’m saving.  So let’s put this all together:

And, remember, I’m doing the calculations on a $25 sale price, but without doing all of the math at the various price points, I would bet that my average sale price was $26, so we are using a low estimate here.  This is on two listings that were approximately 5k rank, which means that between the two listings I was selling a dozen or so a day.   On a day where I sold 10 single bundles and 2 double bundles (fairly average), I would make $105.80 + $51.92 = $157.72 profit from one product.  Now, to be fair, it did take me a bit more time than products normally do because I had to MF them, but I suspect that if most people were given the option to add $150/day profit to their totals from less than an hour’s work, most would jump at it.  But, why did this deal work?

1.  I had a connection in John that tipped me off to something I would not have found on my own (most likely).  Do you want to improve your business today?  Go find some people and just start giving them awesome products.  I know that it sounds counter-intuitive, but I’ll bet you that more often than not it pays you back rich dividends.
2. I went the extra mile to make the deal a lot better.  Not that making $5 on $10 cost of goods would be terrible here, because I’d still have $50+ profit per day, but I did a few steps that most people wouldn’t do.  I had the Walgreens rewards set up.  I found the discount cards.  I went from Walgreens to Walgreens to buy out hundreds of packs of candy.  I found the secondary listing.  Etc.
3.  I was willing to merchant fulfill.  I’m a huge proponent of FBA, but there are times when you will have to MF if you want the money.  In this case, there was a very limited window.  I could have sent these to ONT 8 and let them get redistributed across the country and then let them show up in a warehouse just in time to be deemed ineligible because they are Meltable (April 30 is last day to FBA chocolate).  But, I decided that a better course of action was just to MF these as soon as I got them.  I probably sold 20 bundles before my UPS guy even arrived to pick up other stuff.  Who knows how much money I would have missed out on waiting for these items to show up at a warehouse or waiting for them to be returned to me when meltable rules started.

But wait, there’s more.  Whenever you find a good deal, ask yourself how to make it a bigger deal.  I started noticing that when I bought items, it semed to me that finding Coffee Nut was more difficult than the other flavors.  I checked the Mars Candy press kit and saw this:

The three new flavors were winners during testing. Coffee, America’s #1 flavored beverage,3 had the highest overall purchase intent in quantitative testing; 4 chili, the “sweet heat” top-five flavor trend in 2015,5 was a leading flavor concept in focus groups;6 and honey was the most frequently requested flavor in focus groups.6

One of the things I learned in business classes way back when was that you never trust a customer who tells you what they want to buy, trust customers who attempt to buy.  Why?  Often people don’t know what they want to buy or they will tell you what they think you want to hear, etc.  (There’s some hidden advice here: If you ever have a business idea that you bounce off of people to decide if it is really a good idea, don’t listen to people.  Try to pitch it to them.  If they want to invest, then they think you have a good idea.)  As it relates to this, I wasn’t particularly concerned with what focus groups claimed that they wanted (it’s been famously said that a focus group would have wanted a faster horse, not an automobile) or with what a flavor trend was, but I was really interested in what the purchase-intent qualitative testing suggested.  Given the option, people were trying to spend their money on this Coffee Nut product, which confirmed my anecdotal evidence in the stores.  When people people are saying, “Shut up and take my money,” it tends to be a good idea to listen to them:

Eventually, I ran out of Walgreens.  I have about 15 that are within 30 minutes or so and I’ve been to all of them. Unfortunately, these are a promotional item so the stores don’t get restocked on them and the sale is over.

So, please, do yourself some favors: Network, do the extra work to turn good deals into great deals, and look for opportunities that other people will pass up.  Until next week…