Every once in a while I like to pick a question from the Facebook group and devote a bit more space to it. Today’s question comes from Nicole Hogeland:

How would you spend $1000 on RA? What stores would you hit first and what departments? –Nicole

This isn’t a purely academic question for me as it is fairly close to my situation when I started with Amazon.  If anything, I started with a bit less than that.  I had access to money, but I really thought that FBA was a stupid idea that couldn’t work, so I didn’t want to ‘waste’ more than $500-$1000 on it.  To be honest, the person who I heard talking about Amazon reselling seemed like a bit of a charlatan to me.  I believed that this person was making money from Amazon, but my Spidey Sense told me that it was probably almost all from teaching others about Amazon, not from doing it herself (or himself, my secret!).   As a side note, this is one of the reasons that we’re committed to also being sellers at FBAMaster.  You’d be surprised at how often I get told that we should stop selling and just focus all of our time and energy into creating content (books, courses, webinars, lists, applications, extensions, etc.).    I don’t have a problem with those things (you’ll note we do have lists, have released some courses and extensions, etc) and I don’t have a problem with the people who focus exclusively on those things, but that’s not how I wanted to do things.  I feel like I can better understand the issues, questions, problems, struggles, etc., that sellers have because I’m also a seller.  But, I digress.  I was fairly sure that this was never going to work and that it was all just a sales pitch in order to get me to buy various training materials.  So, I wanted to limit my risk.

So, what I can do, Nicole, is answer your question with both my experience AND what I might change now that I’ve learned a bit. 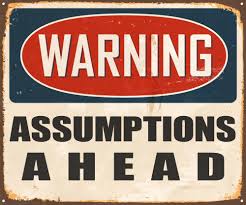 Let’s start with some assumptions, though:

First, I’d want to pause and ask myself WHAT I hope to accomplish with this $1000.  This may seem like an obvious question, but allow me to suggest that it is not.  I might want to maximize the potential profit I can get.  I might want to minimize the chances that I lose any money.  I might not care all that much how much I make, but merely want to figure out if there’s really any potential with this Amazon thing.  Depending on what I hope to accomplish, my choices might be very different.  For example, if I just want to maximize my return on investment, without regard for risk of ruin, I might very well spend all $1000 on the highest yielding product I can find.

So, let me pause and give you a combination of what I wanted to do with my initial investment and what I think you should be doing.  I wanted to prove the model.  I wanted to be able to determine if there was potential for a business or not and I wanted to do it quickly.  I also wanted to limit the potential damage of any mistakes.  Since I was new, I was pretty sure that I would make mistakes, but my hope was that I could spend my money in a way that would limit how much any of those mistakes could hurt.  Finally, I wasn’t particularly concerned with showing a large profit.  My thought was that IF I could prove the model and IF I could learn to make less mistakes, THEN I could profit down the road when the stakes were higher.

Second, since I was interested in proving the model AND limiting damage of mistakes, I decided that I wanted to spread my risk and simultaneously gain exposure in a lot of categories.  Today, I nearly spent $800 on a single beauty product.  If we called Tyler Nelson up, we might find out that he spent $1000 on video games alone.  I know what I’m doing with beauty and Tyler knows what he’s doing in video games and both of us are at a place in our business where that doesn’t represent a significant risk.  However, I would have NEVER done that as a new seller and I would NEVER advise it for new sellers.  You’re just so likely to make mistakes.  Even if you don’t make a mistake, sometimes your luck is just bad and you are really rolling the dice when you spend a significant chunk of your capital on the same product, or even the same category.  Further, by doing that, you’re not gaining any experience in all of the other categories.  I’m currently ungated in basically every category, but that wasn’t always the case and probably isn’t the case for Nicole.  Even if I wasn’t ungated in any categories, I would still spread my purchases between Sports, Toys, Home, Kitchen, Home Improvement, Garden, Pets, and Baby (Okay, knowing me, I wouldn’t spend any in those last two, but that’s my bias!).  Also, since getting ungated in Clothing, Shoes, Luggage, etc., are very often done without spending any money or any real work, I’d get ungated in those and might even dabble there. 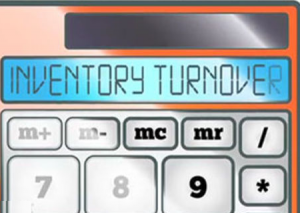 Third, I’d want to focus on turning my inventory as quickly as possible.  This means I’d want to choose items with very solid rankings, even at the expense of some profit.  I’ve had people take issue with this statement and it has even led to some vehement arguments, but I’m going to double down on it right here.  NOBODY has EVER failed at this because they *only* turned $1000 into $1500 in a few weeks and regretted that they didn’t find items that could have turned $1000 into $2100 in a bit longer.  It just doesn’t happen.  But, people do fail and quit all of the time because they have slow-moving inventory and get discouraged and give up.  When you’re first starting, there is a lot to be said about momentum.  When you’re seeing your inventory hit the warehouse shelves and sales coming left and right, you get excited, you realize there is potential, and you go out and do the hard work necessary to succeed.  When you send in an item that might eventually make you a huge return and just watch it sit on the shelf, you get discouraged.  Maybe you’re not a touchy-feely sort of person who thinks momentum matters.  Here’s a more quantitative reason: When you first begin, there is a Catch-22.  To get more sales, you need the buy box.  To get the buy box, you need solid metrics and feedback.  To get solid metrics and feedback you need sales.  See the problem?  The goal is to push through this difficult phase early on as quickly as possible, and this is far easier to do with fast-moving inventory than items that sit in warehouses for weeks on end.

Fourth, because I’m willing to sacrifice a bit of profit in order to move my inventory quickly, try out different categories, not go deep on any one item, etc., I want to make sure I can stretch my money as far as I can.  This means I want to go to stores while they’re having sales, I want to use coupons where it isn’t prohibitive, I want to use discount gift cards, any of the store discount options, rebates, etc.  Just from discount cards alone you could make your $1000 into $1100-$1200 (Big Lots is 11.1% off, Walgreens is 10.9% off, TJMaxx 18.6% off, Target 4% off, etc).  [Special Thanks to Molly Glass for making this point before I did!]

Fifth, I’d take $50 or so to a thrift store and scan some books and other items that might have huge profit potential.  This only represents 5% of our investment and it would teach me a thing or two about Thrift Stores and if I can get lucky and find a book that I can buy at $2 and sell for $70, then I’m willing to have that take a bit longer.  I don’t think that thrift stores and garage sales are great long term options, but I think that in the beginning it tends to be a good decision to use a little bit of your money here for the Low Risk High Reward potential. [Special Thanks to Chris Anderson for making this point before I did!] 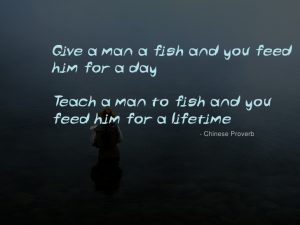 You’ll notice that I didn’t give an answer like “Go to WalMart’s Garden section and buy X, Y, and Z items.”  There are a lot of reasons for this.  What might be good at my WalMart might be terrible for you.  Maybe you don’t even have a WalMart in your town.  More than that, whenever I give an answer like this, you might listen to me and that can paralyze you.  There are THOUSANDS of opportunities out there and I don’t want to be responsible for pigeon holing you from the start.  Further, I want to shorten the learning curve, but not eliminate it.  I won’t lie: when you first start, there’s a lot of frustration and time spent.  It’s not particularly easy to learn this business, but there is value in that work at the beginning.  You’ll learn what works for you. You’ll learn to spot trends (hmm, when I scan WalMart’s private label brand I often have good results, but when I scan Big Lots’ private label brand I often have terrible results, etc).  You’ll learn what categories and stores you enjoy.  You’ll realize that you have a niche.

So, hopefully that gives you a little bit of a longer answer, Nicole, and gives you a few things to think about as you get started with this journey.  Best of luck and until next time…