Disclaimer: I channel my inner-nerd today and the discussion gets a little dicey (there’s a pun there, but you won’t get it until you read!) toward the latter half.  I hope you can power through it and take away the key point and not get lost in the details.

I enjoy asking questions.  I’ve always been like this.  I was the terribly annoying child who wouldn’t stop asking Why.  Why is the sky blue, I wanted to know (and I was a bit peeved when I found out in high school that the reason I had been told was wrong!).  Why do we look left first when we cross a street?  Why did Fruit Loops cost twice as Fruit Circles?  Why do we have Daylight Savings Time?  These, and thousand mores, were questions I pelted my parents with.  Those poor people!  I’ve always been inquisitive.  Just to give you an example, here’s a real life example of something I’ve done for FUN: 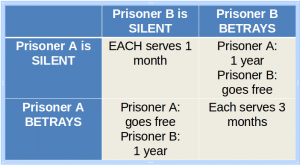 You get the picture.  I’m a nerd and I’m inquisitive.  Not content to simply ponder questions alone, I often ask people really weird questions.  Just to give you a glimpse into my madness, here is a post from my personal facebook page that is a week old:
Hypothetically, let’s suppose you owned a gas station and could buy gas at $2.00/gallon.
Let’s suppose that across the street is a similar gas station that has similar amenities, cleanliness, advertising, etc. If they charged 2.10/gallon, what do you think is optimal price to charge? 2.08? 2.10? 2.11? 2.18? Something else? What’s your reasoning? 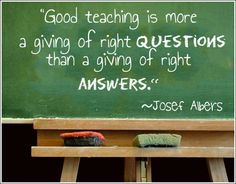 Why do I ask these questions?  There’s a lot of reasons.  Partly, I’m just inquisitive and if there is a right answer, I want to know what it is.  Part of it is that I enjoy figuring out how other people think.  Finally, I do it to be instructive.  If you’re familiar with the Socratic Method of teaching, you’ll know that the instruction is largely driven by questions.  I think that this is a helpful way to learn.  If you tell someone the answer, their retention rate is quite low.  However, if you help them to figure out the answer on their own, then it really hits home and retention goes way up.

You might notice that I do this with FBA Master quite a bit.  When people are unsure how many units to buy of a product, you may have seen me answer the question like this:
“Would it bother you more if you didn’t buy as many units as you could have and you lose $100 as a result or would it bother you more if you bought too much and it ended up costing you $100?”  What I’m really asking is what are their priorities and which mistake is more harmful.

I usually leave it at this, which could give the impression that I don’t think there is a correct answer or that the answer is completely dependent on the other person.  Turns out, this isn’t the case.  I would say in most cases there is a correct answer and I want to look at that today.  To do that, I’m going to make a couple of assumptions that might not be true for everyone:
1. We do not have a limitless supply of money
2. Our goal is to grow our business

3.  We’re more likely to run out of money than run out of potential products to source

4.  We stand to lose just as much as we stand to gain and we don’t have a good way of quantifying the odds of either happening

Now, given those assumptions, the astute reader can probably figure out which answer I think is usually correct: Losing $100 from a poor purchase is a bigger mistake than missing out on $100 from not buying enough.

Why might this be the case?  It involves a concept called capital preservation.  In FBA (or Poker, or the Stock Market), your ability to make money is directly tied to the capital you have to invest.  To highlight this, let’s look at a simple math problem.  Let’s imagine that we start with $1000 and we lose 50% of our money one month and gain 50% of our money the next month.  How much do we have? Is it the same as where we started?  Let’s see:

In our simplistic example, we took our money, had a 50% loss, then a 50% gain and somehow came out a big loser.  This is always the case!

This leads to a key rule in investing (or business growth): You CANNOT spend Average Returns (Average return of -50% and +50% = 0%, but remember, we actually lost money; we did NOT break even, regardless of what the average return might suggest).  We can ONLY spend Compound Returns.

Compound returns can be a wonderful thing, but there is also a very dark side: losses are particularly harmful.  For this reason, capital management / preservation is particularly important. 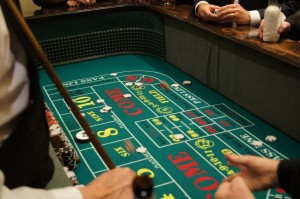 Now, let’s come back to FBA.  Many of you are giving FBA a chance.  Maybe you’ve decided to invest $200, $1000, $5000, etc.  Whatever the number, you have a limited amount of losses you can take.  Even if it wouldn’t bankrupt you, there is some amount of money you could lose that would cause you to quit (or a spouse or family member would intervene and force you to quit).  Just like our poor gambler who managed to go bankrupt even though he had 50:50 odds, you can fail to realize your potential return if you happen to have a string of bad purchases/experiences that put you out of the ‘game’ too early.  For this reasons, it is again important to protect yourself from losses.

True!  Very astute reader, you are.  However, this is where our casino analogy is important.  You’ll remember that I suggested that the casino had a nearly infinite supply of money.  I liken this to potential products out there.  There are some 200 million+ products on the Amazon catalog.  There is a nearly infinite supply of products that you can sell.  If you miss out on a good day today, there will be good deals tomorrow.  On the contrary, your sourcing budget is very likely nowhere near infinite.  Your budget is much more like the poor gambler who can only stand to lose so much.

So, I hope through all of the nerdiness you captured my main point: In most cases, losses are more damaging than gains are helpful.  So, we should have a bias toward protecting the capital that we have.
This will mean different things to different people.
For me, it means that if I’m not sure, I tend to pass, rather than speculate.
It means that I prefer to go wide on items rather than deep (I’d rather have 500 products with 20 units each than 20 products with 500 units each.

It means that I prefer a bird in the hand to two in the bushes.  If I have to decide between $5 today or possibly $10 in a few months, I’m much more likely to take the $5 today.

Finally, it should be noted that this is only one way in which a person could err.  There’s an opposite error where a person passes up too many good deals because of loss aversion.  I’ll touch on that topic in the future.  For now, suffice it to say that there needs to be a happy medium between not being needlessly reckless, but still being willing to accept great investments, even though there is some risk.