If you were to dig into the way back machine, you would stumble upon this little ditty:

It is from way back in September, when I was a younger blogger, and I wanted to pretend I was perfect.  But things have changed as I’ve become more mature in my oldish age, and now I want to take a different approach.

I want to share some of my glaring deficiencies as a seller.

Depending on how long you have, you may just want to skip to the end. 🙂

This is one that I have spent a lot of time working on over the past year, and am getting better.  But basically, having a wife, two kids, a full time job, a full time FBA business, and a full time blog, well, it is too much full time.  Without a doubt.

I just need to rid myself of one……bye Nicole, I’ll miss you…… 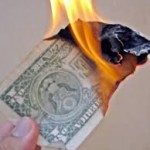 The issue with this is bigger than being a simple “too busy,” it becomes a cash flow crunch.  Because with poor time management comes poor shipping habits.  And as we all know, letting something sit in the garage or on the floor or in the trunk is like burning money.  Because it can’t be earning more if it is sitting in its non-moving inventory form.

I’ve seldom met a buy I couldn’t convince myself to walk away from.

This of course has proved to be both a blessing and a curse.  Because I have found some solid home runs by simply buying something that was a “cusp” decision, but, naturally, I’ve had some losers.  Not a tremendous amount, but enough to know that it is an issue that needs to be worked on.

Ironically though, it does seem that as I have tried to get pickier and tighten the rankings on what I will buy, more stuff presents itself.  I currently subscribe to one monthly list service, I have purchased gumroad lists from a few people, I use OAX, and I plan on looking for another this month.  We even run a list club currently, and have been since July.

In fact, as I think about it, my buying is getting less and less rash, which is probably why I’ve consistently surpassed the previous months total every time in the last 2 years. 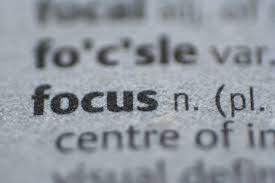 My plan for the last several months has been to slowly transition into a full time FBA life, and in this period of planning I’ve asked a lot of questions to people like Mike Garner and Jason Wilkey, because they are both in my direct circle and are both full time sellers.

In doing so I’ve asked about sales volume, about replenishables, about wholesale, about everything.

And so I’ve nurtured this plan of mine into the following:

Buy shit that sells.  Specifically for more than it cost.

I do buy a lot, but there is little rhyme or reason with it.  I just continue to buy stuff that sells.  A couple months ago, Mike wrote an awesome blog about something similar, which you can find here.  I subscribed to his email series, and I even went so far as to read them.

But I never one time answered or filled out any of his forms.  That’s on me.

And as a result, I lack focus and direction.  So guess what?  I’m going to resubscribe tomorrow, start the process over, and learn from a full time reseller that is trying to show me the path.

Not Making My Own Listings

Much of my transition from eBay to FBA had been born out of sheer laziness, initially.  I liked that I didn’t need to make listings on Amazon, had no reason to take pictures, didn’t have to consider keywords.

I will never complain of the life that arbitrage is giving me, because even though the rumor continues that it is a dying model, my numbers dictate different.

However, I have still never made a listing, and while I know that it isn’t difficult, I also know that I haven’t taken the time to do it.  But I am going to fast-forward that learning curve in the very near future for myself with a quick course.

Because in 2016 I want to take a bit of control over some listings, and make them mine, either through PL or through bundling.  Regardless, I am going to continue to push myself and try new things.

Everyone has shortcomings, deficiencies, mental roadblocks, life problems.  In nearly all situations, its realistic to spin around the details, and use them to your advantage rather than disadvantage.  Try me, share a shortcoming and lets see if we can’t flip it into a positive in the comments below.