So, You Want to Be Self-Employed

So, I’m cheating this week.  I lost internet connection for 12 hours on Thursday AND we’re in the heart of Q4, so my time has been limited.  I’ve taken a lot of this from a comment I wrote to my buddy Joshua Edinborough when he made the plunge to full time FBA.  There are so many things I had no idea about when I made this plunge, and I wanted to share them with anyone thinking through that decision.  This isn’t exhaustive by any means, just some top-of-the-head comments that I had when I heard about Josh.  Hopefully you’ll find some value!

10 Things To Remember When Going Solo: 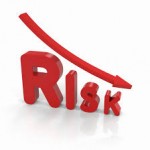 [dropcap]1[/dropcap] You have to take less risks. There’s nothing to bail you out if you make poor choices or get unlucky, so you have to reduce your risk-of-ruin, which means incurring less risk. [dropcap]2[/dropcap] Save for taxes in a separate account that you do not touch. When you get a paycheck, these funds are withheld and because you never see the money, you never spend it. This isn’t the case when you’re self-employed. [dropcap]3[/dropcap] Speaking of taxes, welcome to filing quarterly. [dropcap]4[/dropcap] A lot of deductions are available to you, but you’re also now more likely to be audited. If you haven’t done so already, now is a good time to talk to a tax professional and get yourself a plan. [dropcap]5[/dropcap] Don’t overlook insurance. Even young healthy people should have insurance and if you’re used to just being on a policy from your employer, you might find that you have a bit more work to do. 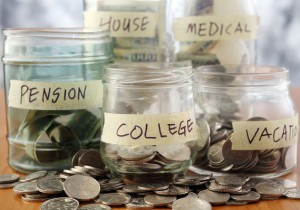 [dropcap]6[/dropcap] Don’t overlook short-term savings. Call it an emergency fund or whatever you want, but you should have one. The average person experiences approximately one major unplanned expense each year whether it is a health deductible, needing a new car, having the water tank break, etc. You don’t want to have to pull money from your business when something like this happens. [dropcap]7[/dropcap] Don’t overlook long-term savings. Even though pensions have long since disappeared, many companies still offer 401k plans where people can be forced to save for their retirement. When you’re self-employed, nobody does this for you. Assuming you don’t have expensive debt (credit cards, student loans, etc), look into setting up some sort of forced savings plan. [dropcap]8[/dropcap] Having no boss is the greatest thing for some people and the worst thing for other people. Nobody will make you get out of bed. Nobody will make you work when you don’t feel like it. There’s nobody to stop you from playing Xbox 360 during the middle of the day. Try to come up with some sort of schedule. It doesn’t need to be extremely rigid (you should enjoy the fact that you aren’t tied down to a 9-5), but it should be something that you can commit to. By the way, this goes both ways. Some people don’t work enough when they don’t have a boss. Other people don’t stop working enough. You need to find a way to prevent both extremes. 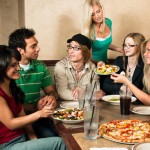 [dropcap]9[/dropcap] Have a social life. If you’re out of school, the single biggest feeder of most people’s social life is their workplace. You will lose that. You need to find someway to replace it. Whether it’s an adult softball league or a community service group or an exercise class or something, it needs to exist.[dropcap]1[/dropcap][dropcap]0[/dropcap] Continue to build your resume and networks. Nobody knows the future and if you’re forced back into the job market, you want to be qualified to reenter. Might be a good idea to keep side projects going which force you to keep your skills up to date.